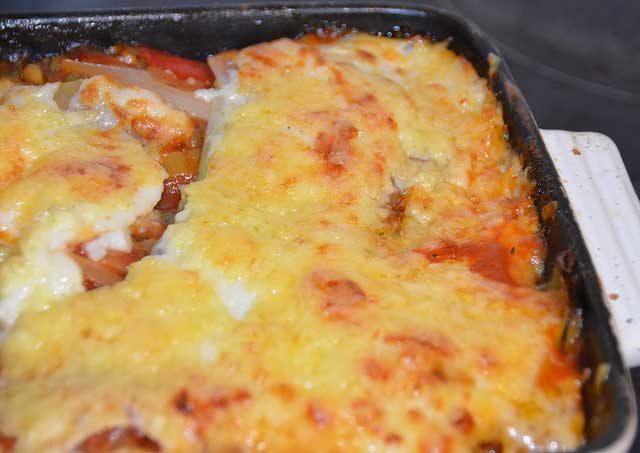 This Wheat free Vegetarian Lasagne was partly inspired by the Hairy Biker’s television programme. I often watch food programmes on television and find that when the subject matter is about weight loss I can’t resist. Just recently the Hairy Bikers programme has been re-run where they try – and succeed to lose weight.

It’s always inspirational to see people lose weight – especially those who have had a lifestyle for many years that has kept their weight on! I think the most impressive on the programmes was a young woman who told the bikers she had lost 12 stone! It was very hard to imagine her 12 stone heavier!

The Hairy Bikers were cooking up meals that were lower calorie and lower fat but had the same amount of taste as regular cooking. There are some good ideas in what they did and I think the principle is very good.

Their suggestion for Lasagne is excellent because not only does it reduce the calories, it makes the dish suitable for people on a wheat free diet. They cooked a meat based lasagne and you can use this idea for a meat lasagne, but I just took the idea and cooked a vegetarian lasagne.

The basic idea is using pieces of leek instead of the lasagne sheets. It means you still have a barrier to pour sauce and cheese on but with much less calories – and wheat free. It’s a whole lot lighter too!

I simplified the Hairy Bikers recipe a little as it potentially was a bit fiddly – and I think it was still as good. I just created one layer of leeks as there was only one layer of white sauce and cheese on the top and I made the white sauce a little simpler too.

It’s good to try adapting traditional recipes. There are plenty of vegetables in this recipe and lots of flavour and the recipe can be adapted to use the vegetables you like. For example you could add mushrooms, peas or sweetcorn.

Lasagne with leek as pasta sheets is a great idea and I will definitely use this method in the future to reduce the calories, as it does have all the flavour. 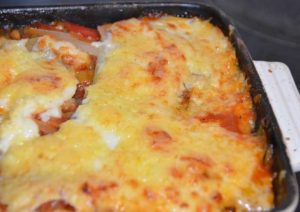