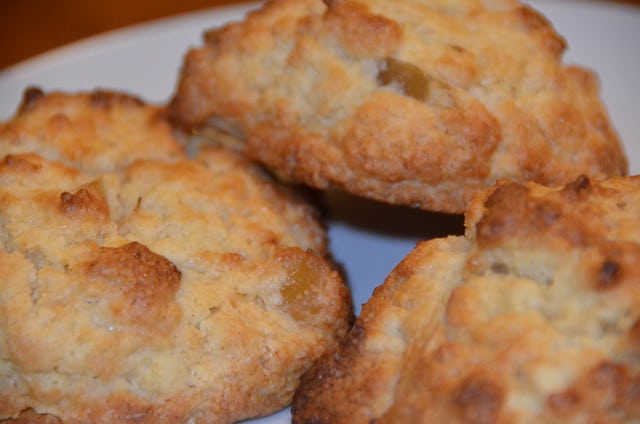 Rock Cakes Made With Ginger

Rock cakes are one of the easiest cakes to bake and are tasty too! Traditional rock cakes have currants or sultanas and a touch of cinnamon spice.

The basic Rock Cake Recipe can be adapted to other ingredients. As someone who is a great fan of ginger, I couldn’t resist trying out Ginger Rock Cakes.

Rock cakes may be an easy recipe, but it is delicious and exciting, especially when made with a variation like this recipe for Ginger Rock Cakes

Rock cakes are very simple to make and it is a fun recipe to bake with children. It doesn’t take long and the children will be able to sample their efforts ins a short time span!

Ginger has many health giving properties and has been used for various ailments through out the centuries. It always seems a good ingredient to use, especially in the winter, for its warming properties.

Ginger is a favourite of mine and I am partial to ginger wine and ginger with chocolate occasionally too! Stem ginger is available in jars at most supermarkets. It is preserved ginger in a sugary syrup. It’s lovely served with ice cream if you want a deliciously simple dessert!

I used four balls of stem ginger cut up small and one teaspoon of powdered ginger and this gave a good gingery taste without being overpowering.

Rock Cakes For All Occasions

Although rock cakes are easy to make they are a suitable cake to grace any teatime table or craft and coffee and cake event. In fact they may be more popular than some fancy cup cakes! I regularly make rock cakes for a local craft fair and they are soon sold out!