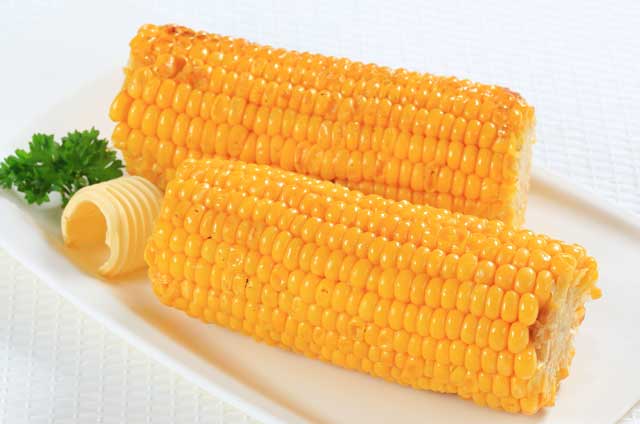 Corn on the Cob

In late summer, sweetcorn is in season and you can buy whole cobs, fresh from the fields and still in their husks. If you ever buy vacuum packed or frozen corn on the cob, you will know there is no comparison with the sweet juicy crispiness of freshly picked corn on the cob. They make an inexpensive lunchtime snack, starter to a dinner party of vegetable accompaniment. My advise is to get them while you can!

Sweetcorn originated in the USA and was grown and eaten there for thousands of years. It was introduced to Europe around the fifteenth century. It apparently does need sun to grow well (which is why it so delicious after the good summer in 2013) and is mainly grown in the South of England

As well as being delicious, sweetcorn is surprisingly good for you. High in fibre it also is rich in antioxidants and some minerals and Vitamin! Read more about the nutritional benefits here

How Do you Cook Your Corn on the Cob?

Well until recently I would say boil it but I read somewhere that you can bake it in the oven in its husk – really a bit like a jacket potato, so I decided to try it.

It is really good and actually a lot easier than boiling. The leaves and string come off much more easily once it is cooked and of course there is no easier cooking than just putting something in the oven. The only preparation is to rip of any sticking out leaves and trimming the fluff from the end.

you can eat it without too much mess. You can of course use small forks but the specially designed sweetcorn forks do improve the experience!

Of course they are delicious with butter, but if you are watching your weight and / or fat content try then with sprinkled with just some freshly ground black pepper. 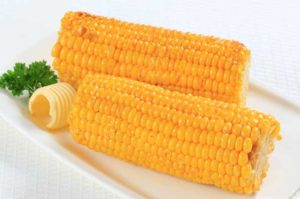