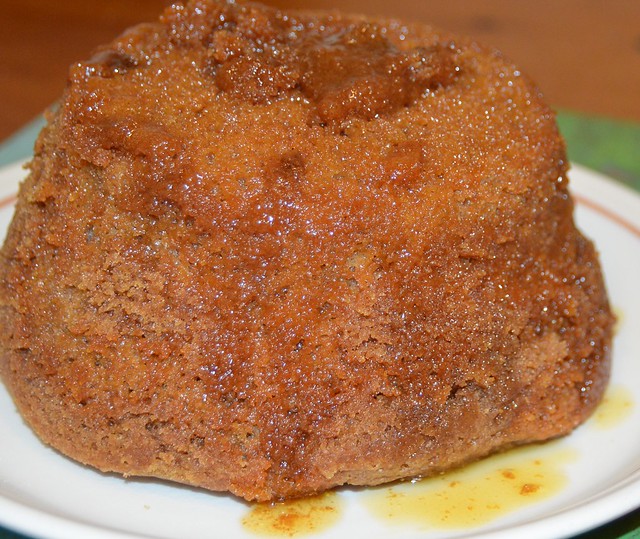 Treacle And Other Puddings

When was the last time you had a pudding? A proper pudding rather than a cold dessert? When I was at school they made up a substantial part of school dinners.

Some were delicious – like treacle pudding or apple crumble and some were really not – like semolina. Of course these days we can’t have puddings every day – too many calories, too much sugar and fat – we all know that. But as an occasional treat, puddings are lovely. For a winters day or a Sunday lunch, a warming, sweet pudding is welcome and homely – who can resist? These puddings are easy to make too and low cost

It seems puddings began as a sort of sausage (think Black Pudding) but evolved because as well as a pudding being made of meat and savoury products, it also began to be used for bread, cereal and sugar. Sometime in the seventeenth century, a pudding cloth was used instead of a sausage skin and gave way to more variety of mixtures including suet with sweet additions such as jams.

Plum pudding (Christmas pudding) once contained minced meat – so the boundary between sweet and savoury, as we know it, was blurred. In the twentieth century, the pudding basin finally replaced the pudding cloth.

Puddings now come in a variety of forms and are steamed or baked in the oven. The word pudding may be used generally to cover sweet, hot desserts but we still have black pudding and Yorkshire pudding to remind us of its savoury past

Treacle pudding is made with golden syrup, a by product of refining sugar. Sweet, sticky and gloopy, it is the only thing to use for this pudding. Once you have made it, all you have to decide is what to serve it with. The usual choice might be custard, but ice cream is good and so is evaporated milk. Yoghurt can be good too and of course cream is an option. Too much choice?

You can make your own custard or use a custard powder. Custard powder generally does not contain any eggs – just cornflour and flavouring. Some of the more premium ready made custards do contain real egg – but to find out, check the ingredients list.

This recipe is adapted from Delia Smiths Complete Cookery Book.

You will need a traditional pudding basin – about 1 litre size or 1.5 pints

The best way to steam is with a steamer pan – a pan below to hold the water and a pan above with holes in the bottom to stand the pudding in. However, you can also steam using just a large saucepan filled with boiling water which you stand the pudding in. The main key to all this – is don’t let the saucepan run dry but keep an eye on it and top it up with boiling water where necessary.

For a larger pudding, increase the quantities to 170g / 6oz of each and use 3 eggs instead of 2.