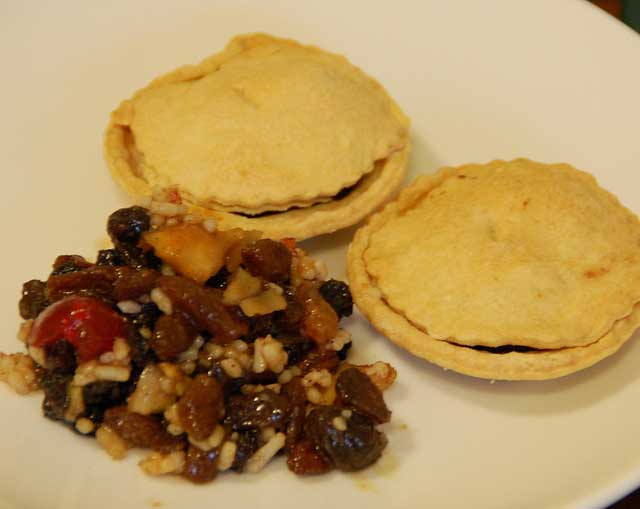 When Christmas is coming, one of the easiest traditional Christmas foods to make at home is mince pies. Once you have made your own mince pies, you may never go back to shop bought. Whether or not you make your own Christmas puddings or Christmas Cakes, making mince pies is so simple and fun to do – and so much less expensive than buying them. And you can make them at short notice for unexpected visitors. After all warm mince pies, straight from the oven, are the best!

I also make my own homemade mincemeat because it just tastes so much better than anything else – and you can choose what goes into the mincemeat. It is also ridiculously easy – if you have never tried it before, just have a look at how simple it is to make – really – it takes just a few minutes to mix and stir.

Making mince pies is just a case of making up some pastry, rolling it out, cutting out rounds and filling them with mincemeat – either your own homemade or shop bought.

All you need to make mince pies is some plain flour, some margarine, some cold water and some Mincemeat. If you wish to make your own mincemeat, refer to the recipe here. If you are new to pastry making, this is a good, simple place to start and with some immediate and yummy results!

So pop on your apron, find your Cliff Richard collection (Slade, the Pogues, Bing Crosby, Wizard, Band Aid, Carols from Kings, Handel’s Messiah, Best Christmas Songs Ever!), turn up the volume and get cooking! Just the smell of the mincemeat will get you in the Christmassy mood.

Here is White Christmas to get you started!

Sharing mince pies, or any food, is a simple way to express some Christmas spirit through giving, especially when it is made through your own labours.

If you are struggling to think of presents to give to friends or relations, consider giving them a gift of food – especially something you have made yourself. And while you are in pastry making mood, make twice the quantity of pastry and make a quiche for tea – or to pop in the freezer as a stand by for the festive season – whether for unexpected guests or to give yourself a day off from cooking!

You will also need a mince pie tin, and some pastry cutters 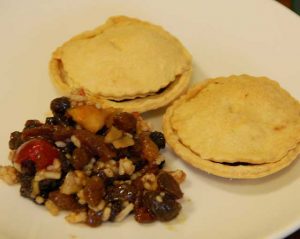